WELCOME TO THE CONFERENCE

The Conference offers advanced knowledge and business contacts to industry, science and professionals who are looking for innovative solutions in the Conductive Polymers area.

The Conference is focused on a Technology Readiness Level (“TRL”) higher than other conferences, with presentations of technical solutions that are ready, or almost ready, to be introduced in the market. For this reason, we expect to involve industries and SMEs, in addition to research centres and universities. In this way, the conference should be the chance also to meet industrial partners and RTDs for business opportunities and to create new partnerships for collaborative projects.

Jean-Michel Poncelet holds a BSc in Chemistry from the Université Catholique de Louvain and a Master in Management with a specialized option in general management from the HEC Liège.
He is no stranger to the masterbatch and conductive compounds world since he works since 2000 at Cabot Specialty Compounds. He started in the Application Development Center until 2006 when he moved to the role of Technical Sales Manager in charge of a wide area covering North Africa, Turkey, Spain, Italy and Portugal.
It is recently that he has been promoted to the Business Development Manager function in charge of the Cabelec ® conductive compounds product line.

Alessandro Kovtun received the M.S. degree in physics at University of Parma and the Ph.D. at University of Modena and Reggio Emilia in 2017.
He is currently a Post-Doctoral Researcher in the group of Vincenzo Palermo. He is in charge of the X-Ray Photoemission Spectroscopy facility (XPS) at Istituto per la Sintesi Organica e la Fotoreattività CNR of Bologna and he recently published a new protocol for the quantitative analysis of Graphene Based material by using XPS. He studied  the benchmark of the graphene currently available in commercial market and he worked on the standardisation of the physical and chemical characterization procedures used in academia and industry.

Ned graduated from the Georgia Institute of Technology in Atlanta, USA with a Bachelors of Textile Engineering. He has experience working in several industries, including: polymer compounding, melt spinning fibers, PEEK insulated magnet wire, product development of plastics based on carbon nanotubes and electronic materials selection and manufacturing in Asia. He is the holder of 10 US patents and is currently a Senior Product Development Engineer working on electrically conductive and EMI shielding materials with the RTP Company in Winona, Minnesota, USA. 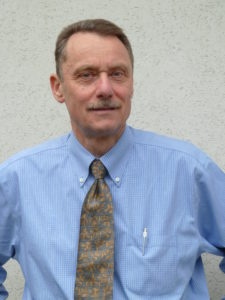 Began his technical activity in the research and development Dpt for design and automation of huge machine tools for nuclear vessels. Later has been involved in the R&D team for automation and special features of hot lamination plants for stainless steel and titanium.
Then part of the R&D team for application of special technologies in extrusion and lamination of seamless pipes for the oil field drilling. The team patented a new method for the fabrication of very long seamless pipes in one single passage.
At another company managed the R&D and the Tech Dpt for automatic welding (by special robots) of power generation turbines and, later, for automatic welding of nuclear submarines shells.
From 1990 at Afros SpA,  where he managed the Technical Dpt that designs the metering units and mixing heads for the production of polyurethane foam and pieces.
Today as Tech Manager is in charge of the design of the new systems and components related to dosing and mixing of reactive resins, of the R&D department where all the new systems are developed and tested.
For his personal attitudes in managing new researches and developments, he is in charge also of the technological developments of the group most of them applied in agreement with primary chemical producers and producers of white appliances and cars.
For his expertise in reactive resin mixing, pouring and spraying and his experience in composites materials and in their applications, he is in charge of the department dedicated to the patents filing for the group. 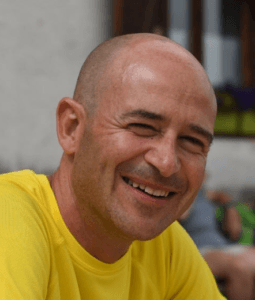 Marco Pizzi received his degree in General Physics from University of Torino in 1996 and the PhD in Electronic Engineering from Politecnico di Torino in 2004. He is currently Research Director of the Eltek Group.  From January to December 2010 Marco was Smart Materials Platform Team Leader, Centre for Human Space Robotics, IIT@polito, Italian Institute of Technology. From 2007 to 2010 was Techfab s.r.l. Research Coordinator. He was previously responsible for the activities on Sensors and Actuators at Fiat Research Centre.  He authored or co-authored more than 90 papers and patents in the field of micro and nanotechnologies. 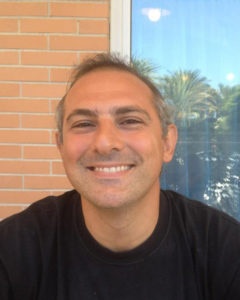 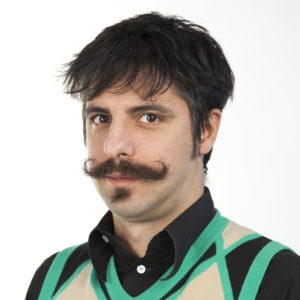 Alessandro Fabris is a plastics technologist. In Lehmann & Voss Group since 2006, he is in charge of sales and technical support for the Italian market of LUVOBATCH® Division, focused in high-performance additives and masterbatches for the plastics processing industry. In 2011, he became Senior Market Development Manager for Italy and Iberian Peninsula of LUVOCOM® Business Unit, i.e. the customized polymeric materials unit. His job mainly consists in proposing metal replacement tailor-made solutions for functional parts. His main contacts are TIER1 and OEM in automotive, aeronautic, EOG and sport sectors. About Lehmann & Voss Group: it is a global chemical company established in 1894 and involved in high performance products, with own facilities in Germany, USA and China. It is also a worldwide leader in carbon fibers, tribology and high demanding plastic solutions.

Full professor of Materials Science and Technology at the Department of Applied Science and Technology of Politecnico di Torino from 2001. Associate professor (from 1992) and researcher (from 1983). Previously manager at the industrial Company “Istituto Biologico Chemioterapico”. Coordinator of Ph.D program in Materials Science and Technology from 2011 to 2018. Author or co-author of more than 260 scientific reports published in international and Italian journals. His research activities have been mainly aimed at developing innovative materials for structural and functional applications (polymer, metal and ceramic-based composites and nano-composites). Most recent investigations focused on conductive polymer composites with carbonaceous fillers (CNTs, GNPs, graphite and their combinations). Electrical conductivity was achieved by creating conductive networks inside the polymeric matrix or processing “in situ” electrical circuits by laser writing. 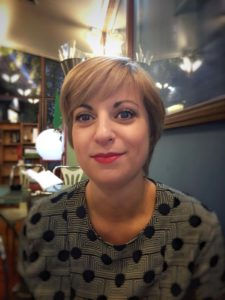 Marta Zaccone obtained her PhD degree in Materials Science and Engineering at Polytechnic of Turin in 2018. Since then, she has been working as a researcher in Proplast. Her research interests are polymer sustainability, with special focus on biopolymers and recycling, thermally and electrically conductive polymers, nanocomposites and polymers with optical properties. Her Phd project focused on electrically conductive formulations for injection-moulded applications. She studied in particular the effect of a change of processing parameters on the electrical behaviour of the injection-moulded parts.

Tuulamari Helaja, born in 1967, Finland, graduated from Helsinki University in the field of Chemistry. She studied further organic chemistry in the same university resulting with a doctors degree year 2000. She finished an eMBA in Aalto University year 2006. Since 2006 onwards she has been working in VTT, Technical Research Centre of Finland at different positions (Senior Scientist, Technology Manager, Head of Research Area). Present position since September 2016 Vice President responsible of Sustainable energy and chemical technologies research area. Core technologies of the research area are thermochemical conversions and chemical process technologies incl. scale-up, industrial synthesis and catalysis, polymer and plastic processing, metals and materials recovery, and computational chemistry (process concepts and models). 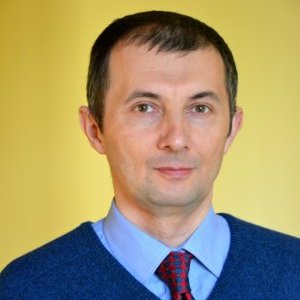 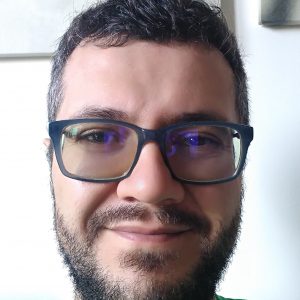 Marco Coletti got his Master Degree in Physics at University of Milan in 2001. Since 2007 he is working at TA Instruments, a subsidiary of Waters, as Application Specialist and Sales Representatives. He takes care of training courses and support on Thermal Analysis, Rheology and Thermophysical characterization. 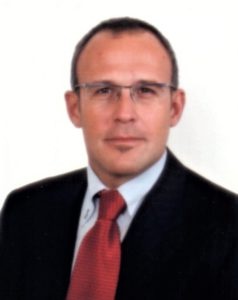 I’ve got my degree in Material Engineer in 2001 at Ferrara University in cooperation with Politecnico of Milan and the Italian Air Force (AMX International Project). After more than 10 Years in General Electric Plastics in different positions (Technical Service, Process Development Engineer, Distric Sales manager), I’m currently the Technical Manager in Guzman Global SRL for the Italian Market, in charge for new product and process development, technical support and issue resolution. Moreover I’m the technical interface between our suppliers and the customers’ needs 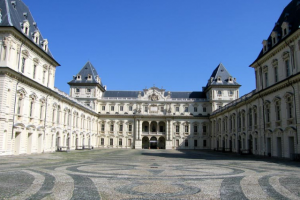 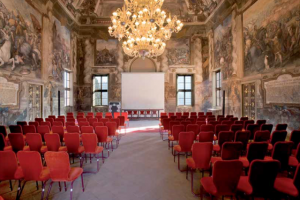 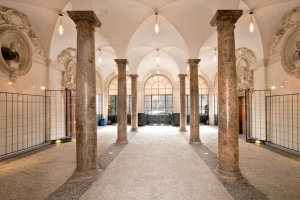 If you decide to use a plane to get to Turin there will be different options you can choose:
Turin Caselle (20 km)
Milano Malpensa (140 km)
The best way to reach the venue of the conference from the airports is by public transportation.

For moving around the city, you could use GGT  public transport (buses,tram,subway) or taxi.